In the Corridors of… Critical Software

Entering Critical Software is like entering a spaceship. The atmosphere changes and one can immediately feel that this is a company with a focus on shaping the future.

No less could be asked of a company that develops software for critical systems. But that only just scratches the surface… In fact, Critical Software creates, develops and tests software in areas that could – if they were to malfunction – lead to economic disaster and or the loss of human life. 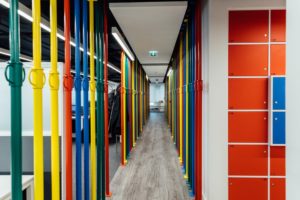 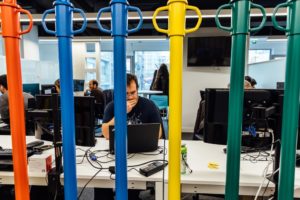 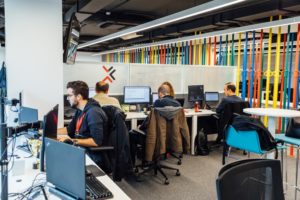 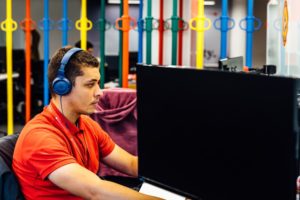 In a company not so far away…

The trip into space begins as soon as we enter the elevator. A space rocket begins its ascension but instead of turbulence, we have the opportunity to get to know more about the company from the infographics displayed inside. Critical Software was created in 1998 by three PhD students, in Coimbra, and the first client was no less than NASA.

Since then, the company has expanded to about 10 industries (aerospace, automotive, defence, energy, government, finance, medical devices, railway, space, telecommunications), and has reached the milestone of 1000 employees. We are received by Diana Antão, Marketing Manager at Critical Software, who explains that “the company experienced a huge growth mainly over the last two years, during which time the company almost doubled in size”.

Those people are now divided between Portugal, the United Kingdom and Germany. In the country of Camões, Critical Software now has six offices, three of them outside major urban centres, in Vila Real, Viseu and Tomar. 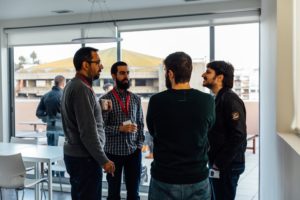 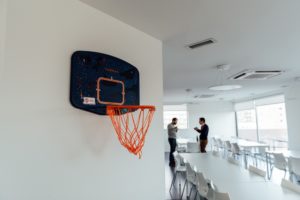 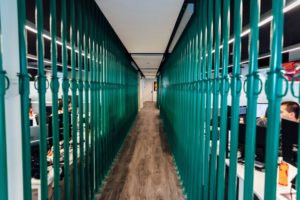 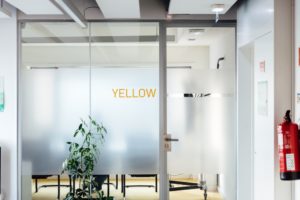 Tackling the rural exodus: a dream job outside the big cities

The goal was to harness the great potential in terms of talent that these regions in the interior of the country have to offer, but the company also  understood that it was important to provide solutions to employees looking for better conditions and living costs without having to abandon their roots.

Above all, it is about giving existing talent an opportunity to continue their dream job without leaving their home.

“We believe the countryside in Portugal has huge potential in terms of talent, so we decided to open engineering centres in Vila Real, Viseu and Tomar, and it was definitely a winning bet.” 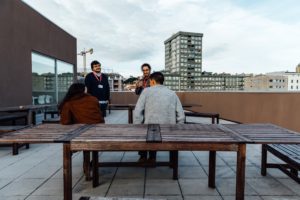 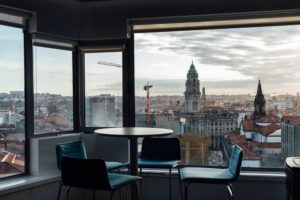 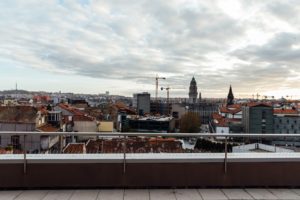 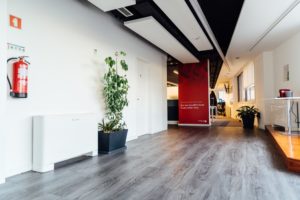 The Critical Software spacecraft is moored in the heart of Porto, behind Trindade Station. With an open space policy, its areas are divided between several floors.

In the cafeteria, located on the top floor, we are overpowered by smiles aplenty and a general good mood. Here you can hear ping-pong balls; you can see the craziest basketball moves; and bonds are forged between employees over boardgame sessions. But those are not the only recreational activities on offer.

“We also have musical instruments available for those who want to play throughout the day.”

Another of the innovations highlighted by Diana Antão is a laboratory packed with all kinds of gadgets that is available to all employees where they can develop their ideas, even during working hours.

Critical Software: One of the PTH Founders

When we talk about Critical Software, it becomes impossible not to mention the beginnings of Porto Tech Hub. Diana explains to us that Critical Software teamed up with Farfetch and Blip because the three believed that Porto had all the necessary conditions to be a centre of excellence and technological innovation.

Thus, the creation of the association emerged as a mutual help platform that was intended to use the full potential of the city in order to attract not only more investment, but also national and international talent for companies based in the area.

The partnership, according to Diana, has been fruitful for Critical Software. “PTH has grown immensely. It gives us great pleasure to see more and more companies joining in. This is proof of the value that the association has brought to the city.”

The number of members has been growing exponentially, as well as the association’s activities. If at the beginning the association’s main focus was the conference, other initiatives have since made themselves apparent such as the requalification program, SWitCH.

“We are pleased to be part of this professional requalification program and to welcome its participants.”

From Antão’s perspective, there is also the advantage of the visibility and synergy that comes from belonging to the association, which has ultimately created an environment where several competitors coexist, helping each other towards common development.

SWitCH next steps: Students are about to start their first project 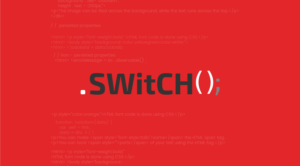 New marks accomplished by our associated companies – IT Sector and ReadinessIT 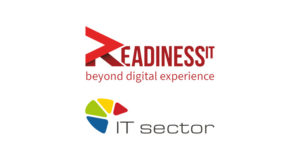 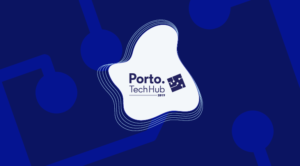 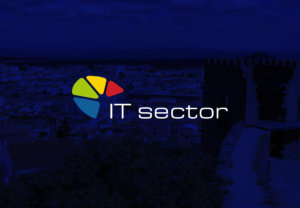