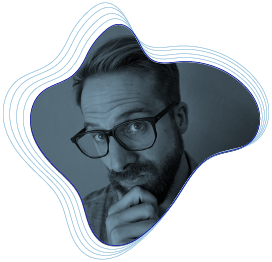 Imanol Gómez is a Spanish creative technologist interested in exploring the interdisciplinary and critical perspectives on art, science, design, and technology. He has specialised in physical computing, computer graphics and human computer interaction and has worked on a broad range of projects spanning many disciplines including performances, sound, video and new media installations. Born in London in 1985, Imanol Gómez completed a diploma degree in telecommunications engineering in Madrid and a master´s degree in sound and music computing in Barcelona. During these studies, he discovered the potential of bridging his both passion’s poles: science and art. Therefore, he moved to Austria to pursue his career as a creative engineer at Ars Electronica.
He’s currently based in Berlin, embarked on an exhilarating and inspirational journey, collaborating with international companies and artists such as Absolut, ESI Design, Aakash Odedra, Moritz Waldemeyer, etc. He still continues learning to stop worrying and love the bomb.