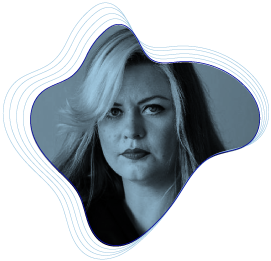 What are we going to wear on Mars?

We live in a world full of technology – we have never moved faster, have been as efficient and smarter than ever. However, in all of the amazing visions of unlimited mobility, technology and connectivity; has anybody actually thought about what we’re going to wear while travelling warp-speed? There is one thing for certain: The way how we dress in future will -literally- touch all of us.

Lisa Lang is a German entrepreneur, technologist, and international speaker. Her brands ElektroCouture and ThePowerHouse are leading agencies for FashionTech, wearable technologies and smart textiles manufacturing. From her experience as an entrepreneur, she has gained recognition as one of Forbes Europe’s Top 50 Women in Tech, top 100 most influential people in wearable tech worldwide, one of 25 leaders in fashion and technology worldwide and has been listed as one of the 50 most important women for innovation & startups in the EU.

Lisa founded ElektroCouture in 2013, believing in the opportunity to fuse technology with fashion even though she did not come from a background in fashion. With the success of ElektroCouture, Lisa then started ThePowerHouse in response to the growing demand from companies searching for educational workshops, prototypes, and needs for consultation on FashionTech. Beyond her work on her companies, she has been a mentor for fashion and tech-focused programs, as well as has also advised the Ministerium für Wirtschaft Arbeit Energie und Verkehr and the European Union on the future of fashion technology within Germany and Europe. In 2018, she was included as an expert in the prestigious ‘The State of Fashion 2019’, an annual report written and researched by the Business of Fashion and McKinsey & Company.