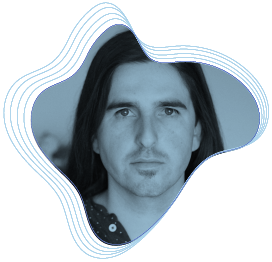 There has always been, even since prehistoric times, a very strong connection between music and technology. Our ancestors have been using, and sometimes developing, the best tools available to assist them with the task of musical expression. In a world where technology is becoming increasingly more advanced, accessible, and powerful, we at Worten Digitópia Casa da Música are posing the question of how can we use it to power our musical creativity. We have been developing, since 2007, open source tools that can be used by performers, composers, students, or the general public, because we believe it has the power to eliminate some of the barriers we face in traditional music education. In this talk, we will be covering our approach and philosophy, from the tools we use (including the Web Audio API and Javascript libraries) to how we can apply them in the real world and in classrooms, showcasing some of our workshop cycles, such as Caça-Sons and 0 + 1 = SOM, which have reached more than 5000 students in the last few years.

Óscar lives with a permanent annoyance – having so many interests and too little time to pursue them all. He is fascinated by the Arts and by Science and Technology, and has an almost unhealthy obsession with Sound and Music. He was born in Porto, in 1986, and works as a composer, as Worten Digitópia Casa da Música’s curator, as a teacher of Music Composition, and also as a performer of contemporary music. He has a degree in Economics (Porto University), another in Music Composition (ESMAE – Porto), and two Masters, one in Composition and Music Theory (ESMAE) and one in Musical Education (Escola das Artes – UCP Porto). Óscar started working at Casa da Música in 2010 and he has directed, created and developed concerts and workshops, been a part of many of the Education Department’s productions, and collaborated with the resident groups and orchestras. He is also the founder and director of Instant Ensemble (Porto’s Real-Time Composition Ensemble), and a self-taught programmer – he contributed for the development process of some of Digitópia’s apps.