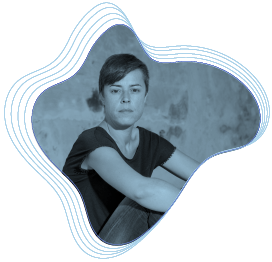 Failing our way into the future

Are you afraid of failure? Do you know what it is? What if you actually don’t?
Can cultures fail? Or is just you that doesn’t fit in?
Can artists fail? Is there such a thing as failed art?
Can creativity ever really fail? Are there really no bad ideas, just bad execution?
And how does all this influence technology and how it makes our world keep spinning?

If you ever thought that there were areas in which failure wasn’t an issue, think again. And again, And again.
If culture, art, creativity and technology are some of the main aspects that distinguish human beings from other species, we must learn to look at our failures as the best, most effective and direct source of information we have.
It’s as much part of our human condition as breathing. How else could we have evolved to where and who we are today if not with some slip ups along the way?

In this question-filled talk, the subject of failure gets turned on its head, inside out and brought back in a new, brighter light.

Sonia believes she has the best ice-breaker ever: Hello, I’m Sonia and I founded an event on failure that failed. With a career strongly focused on people and talent management and communication, she’s also a Failure Activist since 2012, year in which she founded Portugal’s first event on Failure (and failed!).